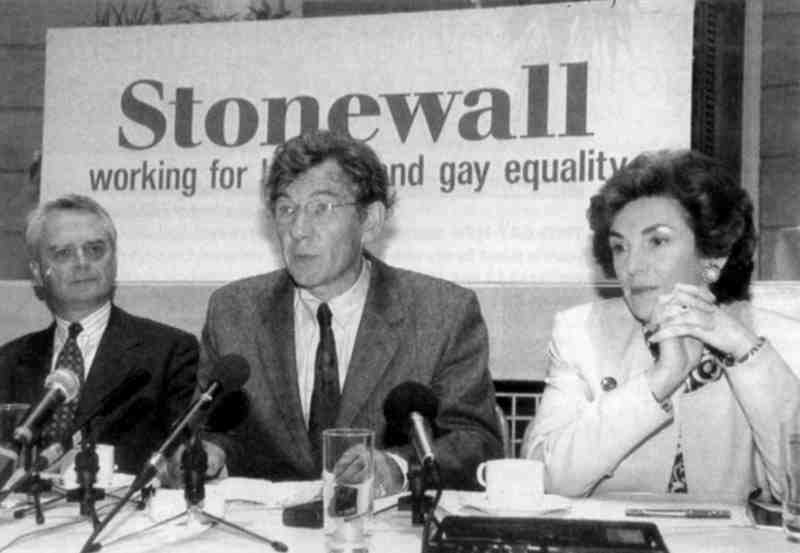 When The Sexual Offences Act: 1967* was implemented on the recommendation of The Wolfeden Committee in 1957 the age of consent for homosexual sex had been set at  twenty-one.

Evidently, from the outset the new enthusiastic gay right campaigners were already fighting for equality to lower it to sixteen, the age of consent for heterosexual sex.
In 1979 a Home Office report recommended that the homosexual age of consent be lowered, and come into line with heterosexual. It was part of a report that suggested the age of consent was far too high anyway. The internal report wasn’t acted upon for fifteen years, despite a cross section of MP’s backing calls for the alteration.

Edwina Currie brought forward the amendment to the bill, to equalize the age of consent to sixteen. 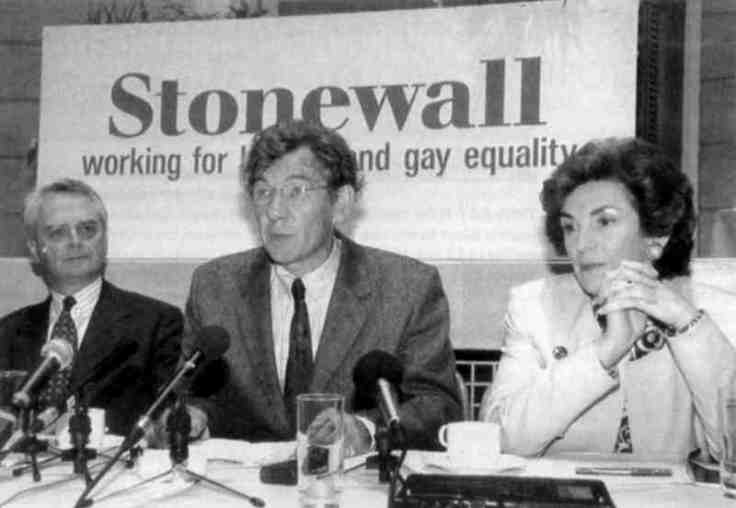 Currie was a wise choice to use as she sent a clear message that this act affects everyone, including a mother of two girls and wife, pointing no fingers at the sexuality of the MP bringing it forward. At the time there were very few openly gay MP’s in Westminster.
There was never a lesbian age of consent in the UK, until 2003, protecting young females.
Tony Blair, then Shadow home secretary stated “People are entitled to think that homosexuality is wrong, but they are not entitled to use the criminal law to force the view upon others. A society that has learned, over time, racial and sexual equality can surely come to terms with equality of sexuality”. 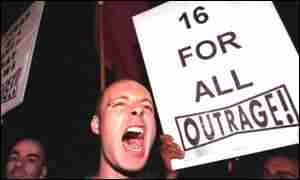 It was what is considered as a “free vote”, and down to the individual MP’s. Even though the cross party backers did their utmost in order to persuade other MP’s to vote in favour, it failed by only twenty-seven votes.

On a second vote the same night Currie and her backers managed to get the age of consent down to eighteen. Edwina claims to this day, twenty years on, there are pubs in Brighton (a place known for a high LGBTQIA  population) she doesn’t pay for drinks.
In 1996 a hearing began in The European Court of Human Rights (ECHR), alleging that the difference in age of consent between heterosexuals and homosexuals was in breach of human rights.
The conservatives lost power after eighteen years,  making way to a more historically LGBT-friendly government in 1997.
The new Labour Home Secretary, Jack Straw, vowed that Labour would do everything within their power to change the law. The ECHR hearing was suspended at this point, later dropping it.

It was Labour’s MP Ann Keen, who introduced the amendment as Currie did previously; once more it was a free vote.

This time it sailed through the House of Common with 207 MP votes.

However, in July of 1998 the House of Lords threw out the amendment with 168 opponents. One such opponent claimed “We are not anti-gay, but seeking to protect children”, regardless that it was to bring down the law of consent in line with heterosexuality. The amendment was dropped in the fear they would lose the entire bill that the amendment was now a part of.
If you are not familiar with how Westminster works; if a bill has been approved by the house of Commons then it must go to the House of Lords in order for approval. It is often passed backwards and forwards with recommendations from the House of Lords until both houses agree.
It was former Conservative MP Baroness Young who led the objections, vowing that she would do all in her power to stop further attempts of the amendment. Young and her supporters regarded the issue as a battle for the defence of family values. 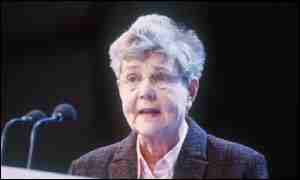 In this author’s opinion it shows the homophobia of the no-lobby peers. Campaigners attacked this as an attempt to equate homosexuality with paedophilia. The government sought to neuter this argument by introducing the “abuse of trust” clause into the legislation.

Abuse of trust legislation meant that if anyone (male or female) is in a position of power, such as a college tutor with a student between sixteen to eighteen, or an adult under care then they could be prosecuted if they abuse their trust in this way, regardless of sexuality.

Jack Straw reintroduced the measure as the Sexual Offences (Amendment) Bill in the 1998 parliamentary session, the House of Lords defeated it for a second time in April 1999.
The government reintroduced the legislation again in the 1999 session, threatening to enact the Bill regardless of the opinion of the Lords. If the Lords refused to agree to a bill that has already been approved by the Commons, the government can pass the Bill into law, after a delay of one year, using the Parliament Acts of 1911 and 1949. These restrict the power of the House of Lords to block the will of the government that has been voted in by the people.

The no-lobby peers ignored threats to use the Parliament Act and threw out the legislation for a third and final time in November 2000, claiming that they had public opinion on their side.  The figures clearly showed that an overwhelming majority that was asked did agree with the changes being proposed. However, the no-lobby campaigners insisted it was only the voice of metropolitan London and not the rest of the UK that agreed.

With time running out, the Home Secretary used the Parliament Act on 28 November 2000, and the age of homosexual consent was brought down to sixteen in England and Wales.

This fight for equality in the UK is one of many, but shows that even in one of the most democratic countries in the world there is still resistance from a small number from the far right, that don’t seem to understand that equality should be for all.

* The Sexual Offences act: 1967 only was in England and Wales, other UK nations had varying dates of the adoption of this law and other affecting acts.