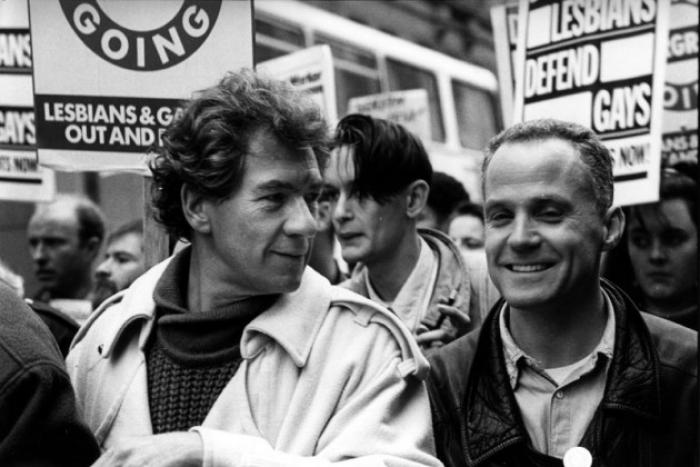 From the beginning the LGBT family began its fight against the law that was to stop the promotion of homosexuality, despite having many opponents and remembering this was a time when 75% of the UK population believed that homosexuality was wrong

The LGBT community  movement began to organise itself.

It was also the same time period that EastEnders launched its first gay character, Colin and soon the first gay kiss was shown on British TV in a British soap, reaching millions of TV screens in 1987. Michael Cashman who played Colin became heavily involved with the fight against Section 28. His role in Eastenders was even debated in parliament, which is ironic as now Cashman is now a Boron serving in the House of Lords, after years as a member of the European Paliment. The TV show was unsurprisingly criticised by papers such as The Sun, whose headline included ‘EastBenders’

No doubt you can understand why Cashman was on the frontline in the marches against Section 28. It was also the beginning of his career in politics and led to the organisation of Stonewall UK,  the charity that he and other stars are involved with, including Ian Mckellen.

It was because of the fights that the LGBT family faced that in 1988 Mckellen, who was a well known actor of 49, but not by today standards of the superstar he has become. It was at this point that even though his family and friends knew of his sexuality he decided it was time that he made it public knowledge. In a radio debate on Radio 3 on 27th January 1988 Mckellen was introduced as a gay man, coming out to the British public, standing up for his rights and against Section 28. Both men and others worked hard setting up Stonewall UK, meeting round at both Cashman’s and Mckellen’s houses on Sunday afternoons.

Stonewall UK was born out of a volition of human rights and in its twenty five year history as done so much for equality in the UK and influenced many other countries beyond and will continue for years to come.

Although Stonewall UK was originally formed to fight against Section 28. Other groups also got involved with the fight against Section 28, including Outrage which was form to protest against the police prejudices towards gay and bisexual men. Schools Out that was formed in the 1970s, only seven years after legalisation of homosexuality by LGBT teachers. Other groups that were not directly LGBT charities or organisations were forefront of the fight too. Gingerbread, a charity for single parents, Family Planning Association and even Terrance Higgins Trust.

As you would expect the labour party got behind the fight too and followed closely by the trade unions. Others supporters such as Simon Callow from Four Weddings and a funeral fame, Mo Mowlam was a member of the labour party but personally got involved. Micheal Mansfield QC, Claire Rayner the agony aunt and Helen Mirren the actress.

One of the biggest benefits for funding and protesting for the fight against Section 28 was on 5th June 1988 at the Piccadilly Theatre named Before the Act. The programme was created by Gay men and Lesbians on themes that they felt would have been affected by the act. Themes that they saw promoted homosexuality. 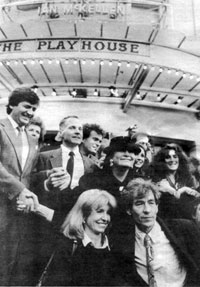 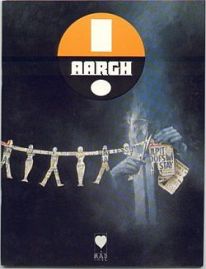 To raise funds a comic book was produced called ARRGGH, it was a 76 page one off that raised over £17,000. Alan Moore a cartoonist created ‘Mad Love’ the publishing company to release the comic. He personally believed that Section 28 was nothing more than Hetrosexist. The comic consisted of 40 stories and Moore’s own contribution was eight pages long

Boy George joined in with the fund raising with a song called ‘No Clause 28’, which begins with the line in a mock Thatcher voice “The aim of this government is to make the country as miserable as possible”

Although religious groups such as Salvation army and the Christian institute supported Section some religious leaders saw how evil the act actually was and the damage it could cause. Richard Harris the Bishop of Oxford was one leader that spoke out against the act.

I will leave it on the last words of Ian Mckellen Although we failed to stop passage of Section 28, we did succeed in limiting the damage and in 2003 the law was repealed, without ever having been successfully prosecuted.

On a side note : Whilst researching this I realised the vastness and interesting stories in regards of Section 28 and I will come back to the act at some point in the future.

Even five years after the law was debunked, still issues were around by the cause of it